30 Oct Where Is Heartland Filmed? Filming Locations And Fun Facts 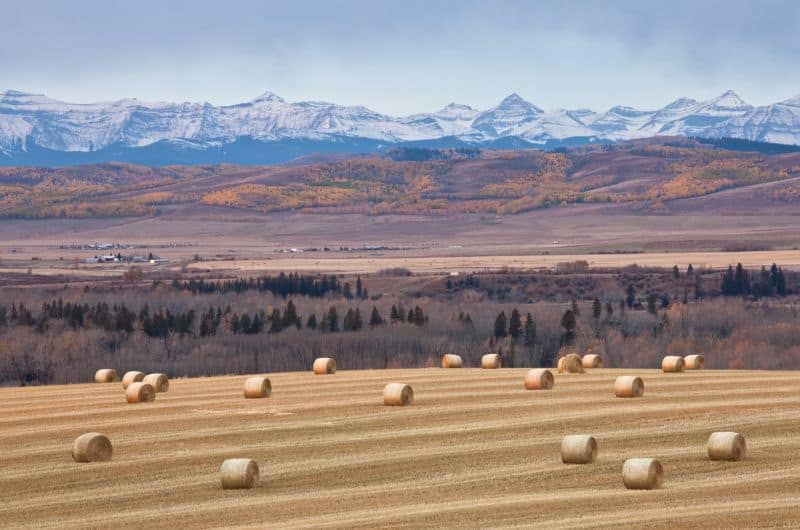 Are you a fan of Heartland, arguably the most popular horse show of all time? If so, you are far from alone; Heartland has been the longest-running television drama series in Canadian history for the last several years. When this article was written, Heartland was in its 16th season and is still as popular as ever. Even if you’ve been watching Heartland since its premiere, there are a few behind-the-scenes facts you may need to learn, such as where the series is filmed.

Where is Heartland filmed? Heartland splits between two main filming locations. A private, working ranch in Millarville, Alberta is home to most of the exterior shots of the series as well as Maggie’s Diner, Tack, and Feed. A studio in Calgary is where many of the interior shots are filmed.

A lot of work goes into creating the successful production of 16 seasons of a television series, which means there are a lot of interesting facts that I have to share with you! Read on to learn more about your favorite (and my favorite) equestrian television series.

Where Is Heartland Set?

Heartland is based on the 26-book novel series of the same name written by Lauren Brooke. The book series is set on a ranch in Virginia in the United States. In 2007, Canada’s CBC network picked up the rights to produce a television series based on the books but made a few fundamental changes to relate to their target audience – mainly the series’ setting. When the television series was created, the network changed the setting from Virginia, USA to a fictional town called Hudson in the Alberta province of Canada. 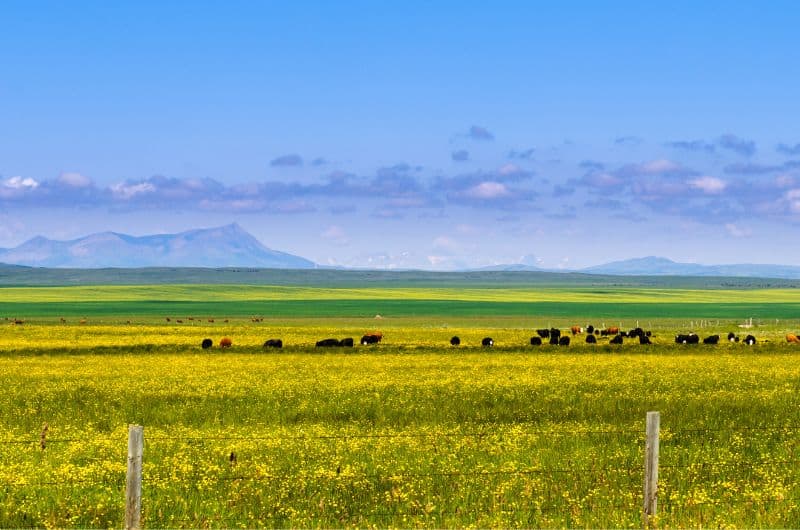 The ranch at which the television series is filmed is a private cattle ranch owned by the Foster family in Millarville, in the province of Alberta, Canada. Millarville is a small town near High River, Alberta, whose last-published census in 2003 showed a population of 58. Most outdoor house, barn, arena, and dude ranch scenes are filmed on this ranch. Because this is private property, it is not open to the public and is only accessible to the filming crew during production. The ranch was initially used as a cattle ranch when the family purchased it in the 1920s.

If you are wondering about the races and rodeo scenes, you will be interested to know that these shots are filmed at the Millarville Farmers’ Market and Race Track. This is a real location and one that you can visit on Saturdays during the Summer months.

Calgary is the largest city in the province of Alberta and is home to the CBC studio in which Heartland’s interior shots are filmed. When you watch a scene set inside of the Heartland house, you are not seeing the interior of the Foster family’s Millarville home. As with many television series and movies, the Heartland home’s interior is an in-studio set. The interior house and vet clinic shots are set in the Calgary studio. Calgary is located about 50 miles north of High River and Millarville.

Maggie’s Diner Is Filmed On A Set In High River, Alberta

Maggie’s Diner, Tack, and Feed shots are filmed on set in High River, just outside Millarville, where the ranch scenes are filmed. It is not a working diner (or feed store) but can be visited as a set since it is on public property. You won’t be able to walk inside the location, but you can see the exterior and get a few pictures in so long as the production crew is not filming.

Most of the horses used in the Heartland television series are owned and provided by John Scott, the show’s head animal wrangler, and stunt coordinator. John Scott has made a name for himself over the decades, even working as the head wrangler of the Lord of the Rings series. He owns many horses, cattle, buggies, wagons, trucks, and trailers that he uses in his productions.

Multiple animals play the majority of Heartland’s signature horses. For example, Phoenix is played by a Quarter Horse named Jag for most scenes (including all barn scenes and Western riding scenes), but during jumping scenes, he is played by either jumping horse Conamore or Ghost. He is also played by a trick-riding (or “liberty”) horse for more complicated scenes. Multiple animals must be used to portray each fictional horse character in the series.

Looking for other TV shows centered around horses? Check out my article Top 10 Horse TV Shows (Picked By a Real Equestrian.)

The same horse has played Spartan for 15 years.

While most of the horses on the show have changed over the years, Spartan has been played by the same horse since day 1. Spartan’s off-screen name is Stormy, and he is a black Quarter Horse gelding. Stormy was five years old when he started working on the Heartland set and is now approaching his senior years at 20 years old. Stormy is a well-mannered and pleasant horse, happy to hang out on location and spend time with the crew. While the horse that most often plays Spartan on the series, they have had to bring in several trick horses and specialized horses over the years when filming specific scenes. When Mallory started jumping Spartan, they had to use a sorrel gelding who had been trained to fall over on command. Because they only had the sorrel available for this scene, they had to paint the horse black from head to toe before shooting. 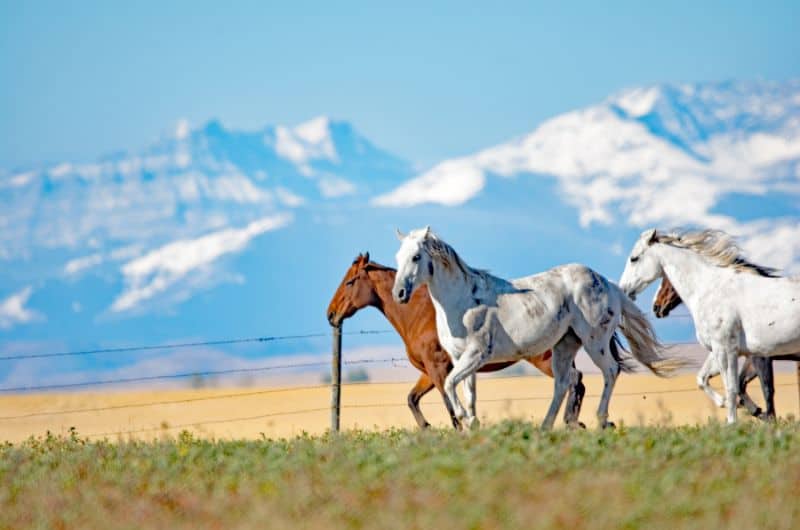 Believe it or not, most equestrians portrayed on the big screen don’t know how to ride. In many movies and television series, trained stunt doubles are used during riding scenes. So is the case for many of the Heartland riders – only some actors are as comfortable in the saddle off-screen as they appear on-screen. This is only true for some, though – both Amber Marshall and Alisha Newton are accomplished equestrians in real life.

Amber Marshall (playing Amy Fleming) lives on an actual ranch in Calgary, Alberta, with her husband and several animals. She has been riding since the age of four and owns and rides many of her own Quarter Horses.

Alisha Newton (playing Georgie Fleming) is also an avid equestrian. She is a talented show jumper and owns two beautiful horses with which she competes – a bay Oldenburg mare named Diva and a pinto Dutch Warmblood gelding named Aflame.

With increasing viewership over the last four consecutive years, it is clear the producers of Heartland are doing a lot of things right, and one of those is filming as efficiently as possible. During filming, the crew will shoot two episodes at a time. For example, episodes 1 and 2 of the season are filmed together (almost as one movie instead of two separate episodes), episodes 3 and 4 will be filmed together, and so on. The crew travels to each filming location, shoots all of that location’s scenes together, and separates them after everything has been shot. The kitchen scenes in the two episodes will be filmed simultaneously, all of the barn scenes will be filmed together, and all of the diner scenes will be consecutively. This allows the crew to move through filming as quickly and efficiently as possible, something they have been able to perfect over the last 15 years. Each set of two episodes takes approximately three weeks to film.

Heartland Was The 5th Most-Streamed Series In 2021

Very few television series can claim the level of success that Heartland has had over the last 15 years, but what is truly remarkable is that the series has seen even higher ratings in the previous few years than it did in the beginning. Television viewership is more challenging to measure in the modern era than it was pre-streaming, but what is clear is that the number of viewers has increased steadily over the last four consecutive years. Even more impressive is that Heartland was the 5th most-streamed television series in 2021 (the previous year for which there is viewership data), behind only Criminal Minds, NCIS, Grey’s Anatomy, and Cocomelon. Not only is Heartland the longest-running one-hour drama in Canada’s television history, but it shows no signs of slowing down.

There Are Many Reasons Heartland Is So Popular

Heartland is a successful series, and it has gotten there by way of a talented crew (including producers, directors, and actors), beautiful writing, an idyllic setting, and, of course, horses. Combined with their efficient shooting and 15 years’ worth of drama and stories, Heartland is here to stay for many more seasons.

Do you like reading? Check out my article 25 Horse Books For Horse Lovers (Picked By An Equestrian.)