28 Dec Top 15 Most Expensive Horse Breeds In The World

What Are the Most Expensive Horse Breeds?

Now, while any well-trained horse with a good pedigree from any breed can be expensive, the breeds mentioned above excel in either looks or discipline, making them extremely valuable to the horse riders in their particular niche. To learn the average price of the horses in each of these breeds, read on! 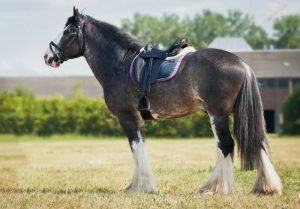 Shire horses are big, beautiful draft horses, originally bred for farm work. Though large, they are uniquely athletic, and the use of Shires has expanded to pleasure riding, police work, and dressage as well. They also have gentle and calm temperaments, adding to their popularity. 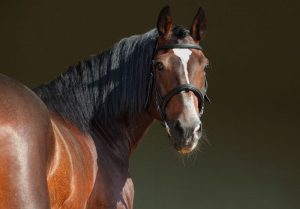 Holsteiners are not as common as some of the other breeds on this list but are rivals in the equestrian sporting world. Holsteiners are natural athletes with muscular builds, and they are known for their winning personalities as well.

Holsteiners will typically cost at least $10,000 to $30,000 – or more, depending on bloodlines and career prospects. You will not see as many Holsteiners sold as pets, as most are bred specifically for show jumping, dressage, and eventing.

The Gypsy Vanner, known as the “people-sized draft horse” is a beautiful horse bred to pull Gypsy wagons in Great Britain. Gypsy Vanners are known for their beautiful looks and their sweet disposition.

Gypsy Vanners are now used for pleasure riding as well as dressage and cart-pulling. If interested in a Gypsy Vanner, expect to pay at least $10,000, with many costing as much as $30,000 or more. 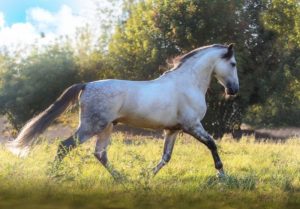 The Andalusian is one of the oldest horse breeds in the world and is so much more than the beautiful horse that you have seen depicted in painting (and even cave drawings). Andalusians are dramatic show-stoppers. They are used to compete in dressage, dancing, bullfighting, and other sports. They are of Spanish heritage, and while not rare, they are less common than many other breeds. 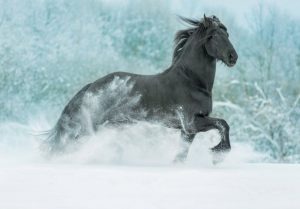 Friesians are known for their characteristic wavy manes, feathered feet, and usually solid black coloring. While Friesians are used in some areas for light farm work, they are better known for dressage, or for their appearances in movies! If you are looking for a Friesian to keep as a pet or for pleasure riding, expect to pay at least $5,000 to $10,000. If you are looking for a well-trained Friesian to compete with, you will have to expand your budget, to at least $40,000 to $60,000.

To learn more about Friesian horses, visit my article What Friesian Horses Are Used For: Ultimate Guide. 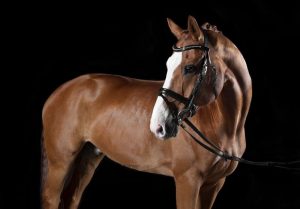 Oldenburgs are compact, strong horses with deep chests and large hooves – used mostly for showjumping and high-level dressage. While bred as war horses centuries ago, the Oldenburg gained popularity in later years as an elegant riding and carriage horse.

Oldenburgs are typically from elite bloodlines, and you should expect to pay at least $10,000 to $15,000 if you are interested in this breed. Top competitors, however, will cost upwards of $150,000 or more. 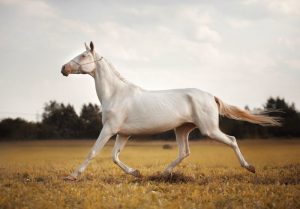 The Akhal-Teke is a rare breed that dominates in endurance sports. Akhal-Teke horses are known for their speed and agility, making them great competitors in endurance racing, show jumping, and eventing, as well as for dressage and pleasure riding.

Because the Akhal-Teke is more difficult to find, you should expect to pay at least $10,000 for a horse of this breed in the United States, or $40,000+ for a top competitor. Interestingly, the Akhal-Teke is even more expensive outside of the US, fetching prices of up to $100,000 globally. 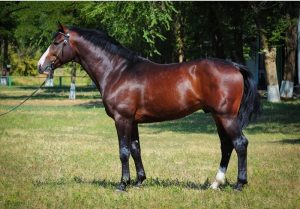 The Trakehner is a true jack of all trades, bred for its strong, muscular build and bold personality. Trakehners are used for fox hunting, driving, racing, show jumping, dressage, and eventing. They were also once used as cavalry mounts. 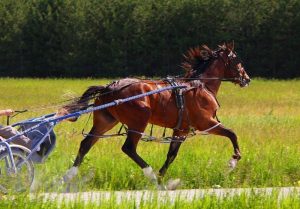 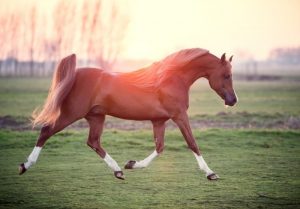 Arabians are a relatively common breed, and you can likely purchase one for as little as $1,000 to $3,000. Arabians with remarkable bloodlines, however, can sell for up to $150,000. The most expensive Arabian on record, Pepita, sold for just under $2 million in 2015.

Arabians are athletic and graceful, known for their stamina and their ability to excel in a number of disciplines. Arabians can dominate in dressage, cutting, polo, endurance racing, and more. 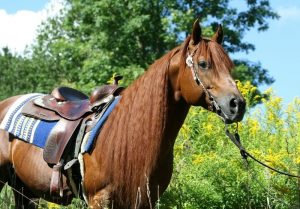 Quarter Horses are known for their athletic prowess and stocky build – allowing them to excel at sports like cutting, reining, barrel racing, and roping. The American Quarter Horse is truly the horse of the West.

The Quarter Horse is the most populous horse breed in the United States. Because it is so popular and widely available, you can purchase a Quarter Horse for pleasure riding for as little as $3,000 to $5,000. For a well-bred competition horse, you should expect to pay quite a bit more – at least $20,000.

The most expensive American Quarter Horse sold on record was Moonin The Eagle, which sold for $2.1 million in 2018. Sadly, Moonin The Eagle died just three years later at the young age of 9, having been euthanized for undisclosed reasons. 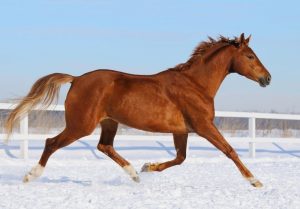 Hanoverians are large, adaptable horses. They have been bred for hunting, dressage, and show jumping, but are just as happy when used for leisure and trail riding.

The most expensive Hanoverian on record, named Dante, sold for $3.25 million in 2014. 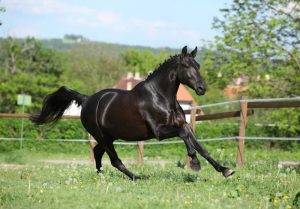 Dutch Warmbloods are big, athletic horses known for their prowess in jumping and dressage. You can expect to pay between $5,000 and $15,000 on your “average” Dutch Warmblood, with the price of showing prospects increasing into millions of dollars.

Arguably the greatest champion in dressage history, Totilas, a Dutch Warmblood, sold for $12 million in 2010. 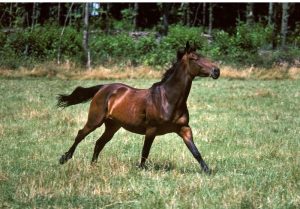 The Selle Francais is a relatively new breed, originating from France. This horse is extremely athletic and while used mostly for show jumping, is also known to excel at dressage, driving, and competitive trail riding. 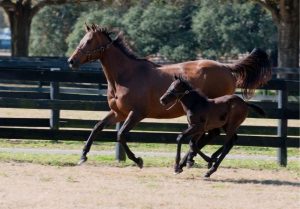 The Thoroughbred is one of the most populous horse breeds in the world, and can also be the most expensive. While you can purchase an off-the-track Thoroughbred (called an OTTB) for as little as a few thousand dollars, you can expect to pay $100,000 or more for a Thoroughbred with good bloodlines and a promising racing career ahead.

The most expensive horse in history, Fusaichi Pegasus, was sold for $70 million in 2001. Fusaichi Pegasus was the Kentucky Derby the year prior. While Fusaichi Pegasus’s career was a short one, he was valued at such a high price because of his potential to sire exceptional offspring.

If you’re interested in getting an off-the-track Thoroughbred, check out my article Should I Get An Off-The-Track-Thoroughbred? Read Before Buying.

With over 400 existing horse breeds, there are so many interesting horses throughout the world! To learn more about unique horses, visit my article Fantastic Horse Breeds and Where to Find Them.

P.S. Save this to your “Amazing Horses” board!